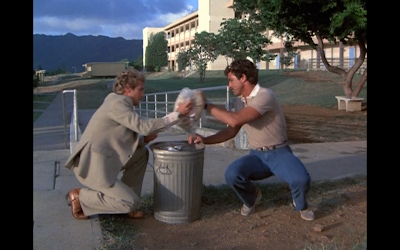 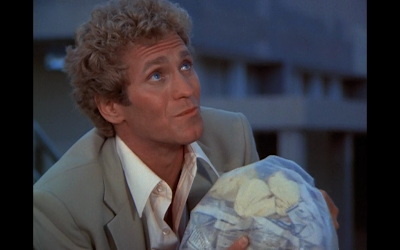 So, hubby and I are watching episodes of Magnum P.I. on Netflix in the evenings. Yup, we are nerds. It's fun, the 80s clothes, the references to Hawaii Five-0 (the original one!), the beautiful scenery… What more do you want in a show. Besides, Tom Selleck…

So, we are watching an episode last night called "From Moscow to Maui, it is Season 2 Episode 4 in case you're in the mood. There is a scene were a Russian guy kicks over a garbage can and then he and Magnum clean it up. The Russian says, "American garbage, full of plastic." This was 1982 folks and it has certainly gotten worse. Sheesh! More plastic than ever. It doesn't go away. Think about it. Teresa
Posted by Green Bag Lady Teresa at 6/14/2012

Awww thanks Harmony, I know it's you! :)